New paper on vertebral shape convergence in dolphins and porpoises 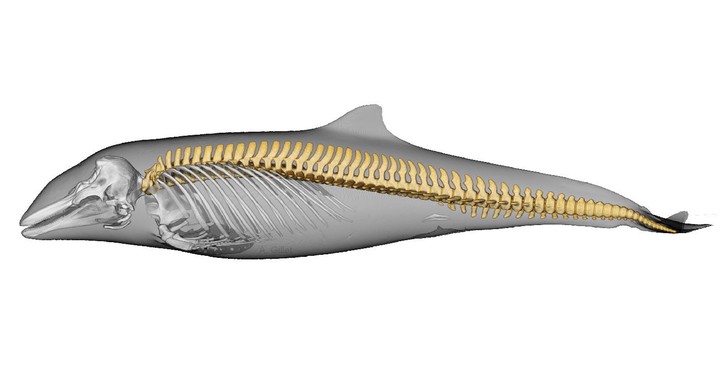 The second chapter of my PhD has been recently published in Journal of Mammalian Evolution !

Linear morphometrics were collected on 37 out of 46 extant delphinoid species and analyzed using phylogenetic comparative methods.

We found that vertebral shape is highly correlated to habitat, resulting in morphological convergence. However, despite following the same general ecomorphological pattern, the two main delphinoid families, oceanic dolphins (Delphinidae) and porpoises (Phocoenidae), occupies different areas of the morphospace and have slightly different phenotypic trajectories along the nearshore-offshore gradient.

We then looked at the vertebral morphology in coastal and offshore common bottlenose dolphin ecotypes from the western North Atlantic Ocean.

Interestingly, vertebral shape also differed between ecotypes, following the same ecomorphological pattern as Delphinidae. This further support the hypothesis of incipient speciation between these two ecotypes and suggests continuity between evolutionary processes occurring below and above the species level.